From Trading to Impact Investing: the success story of Marleen Evertsz 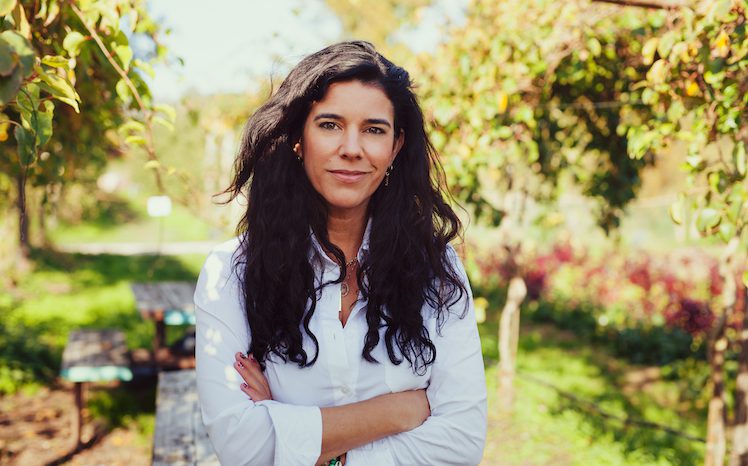 Originally from Curaçao, Marleen Evertsz is an entrepreneur in the financial industry. She has extensive experience in fintech solutions, with broad knowledge of financial, operations and risk management. Marleen has led and motivated diverse, large teams towards success and was in charge of numerous high-profile projects that evolved into digitally enabled business models. Currently, she is the (co-)founder and (co-)owner of 4 companies and part of the advisory board of 2 companies. Read more about Marleen Evertsz and her insights on financial entrepreneurship.

We asked Marleen how her journey in Finance began. And for that, we need to rewind a little bit.

Soon after studying Hotel Management, Marleen decided she wanted to learn something new and discovered that a Master’s in Finance aligned with her interests and goals. She moved to the Netherlands to pursue her studies, motivated by the fact that she was pretty entrepreneurial already from a very young age. At 17 years old, she was the co-owner of 7 bars and restaurants in Curacao.

“Finance was one of the things that I was really good at – but I only discovered that while I was studying it.”

After finishing her Master’s, she started working for Deloitte. In a moment of reorientation, she then turned towards the media sector. So what drove her back into finance, despite her wish to start in the creative industries?

“While interviewing for a media company, I was asked for an interview at Optiver. We had such a good click personally and professionally and were offered the job the same day. And I thought: I might be attracted to the media sector, but what fits my personality the best? And that is how I ended up becoming a Trader at Optiver.

“In the beginning, I had a tough time. I wanted to get into the creative sector and now I’m trading – what happened?! I really did not like it and it wasn’t my thing. Only when they started giving me more responsibilities did it get more interesting.. I started to see what I can contribute to the company and the financial market.”

From her first steps toward finance to later stages in her career, Marleen Evertsz was inspired and guided by her own role models, throughout her professional development. Her dad, first of all, was an entrepreneur – he inspired her and guided her on that path. After she moved to the Netherlands, she was inspired and directed by an important banker in the Netherlands, who motivated her to persevere in her job at Optiver.

How to quickly grow in a company

So, Marleen persevered and continued working for Optiver, evolving incredibly fast within the company. We asked her what factors helped her become the Managing Director of Optiver in the United States in less than 5 years.

“Optiver was scaling up quickly while I worked there, which helped me grow along with the scaling up. Next to this, what helped me was that I am a generalist; I am very entrepreneurial, and I’m very good with figures. Almost everybody that worked at Optiver was skewed towards trading, specialized in it and not interested in managing a company. As a managing director, you are next to the Head of Trading and are responsible for IT, Legal, Finance, and Compliance compared to just trading.

For me, it’s in my blood to make others operate at their maximum capacity, and create a nice environment in which they are happy to work. And, of course, I just worked hard. So, go for it and don’t be afraid!”

The start (or continuation) of Marleen’s entrepreneurial career

With or without anticipating it, Marleen picked up her career as an entrepreneur after she decided to leave Optiver. She thought that she would go back to trading later, but life had other plans for her.

The year off turned into a successful business

After Marleen stopped working for Optiver, she knew she had to take a year off from work. But after a few weeks, she realized she had too much energy to do that! So she started offering unpaid work to anyone that wanted it.

“I helped quite a lot of people. This one person had a very interesting webshop where he was selling bars of gold to investors. He asked me how his business could become more scalable. So I made a business plan for him, but he decided he didn’t want to do it. So it was just lying there on the shelf, and a couple of months later, I thought I might as well do this in my free year. That is how GoldRepublic was born, and it took off quickly. It skyrocketed.”

Marleen Evertsz did not think that she would pursue financial entrepreneurship. She thought that after GoldRepublic, she would go back into trading. She wanted to hand over the company to her co-founder, but he left. She suddenly had a company for herself – and she thought this must be a sign for her to stay in entrepreneurship.

“Nothing goes without reason – now I’m super happy and grateful for everything that happened.”

What Marleen is up to now: Nxchange & impact investing

Impact investing, a term first coined in 2007, aims to generate social or environmental effects and financial gains. Marleen founded Nxchange in 2015 to facilitate precisely this. They offer three products, but Marleen’s favorite is Startup Investing.

“Anyone, starting from 100 euros, can invest in multiple startups. At the moment, we have a program where you can participate in a basket of 90 startups in sustainability. So you have shares in so many companies, which is normally impossible.”

Marleen started Nxchange motivated by her belief that money drives innovation and change. She developed a company that empowers both startups and the general public by offering a platform in which (impact) investments are not just for a select group of people or start-ups.

Marleen Evertsz is now a successful woman with extensive knowledge in financial entrepreneurship. Marleen was the keynote speaker at the 3rd Edition of the FxF Career & Network event. Because we understand how important role models are to our community, we constantly connect young women to professionals in the field, from financial entrepreneurship to corporate finance!

Discover the next Female x Finance Events; get inspired by role models and trained by professionals!